As a kid we’ve all wanted to have an animal companion that could talk. In fact, watching shows like “A 100 deeds for Eddie McDowd” and “The Wild Thornberries” made us want to talk to animals and know what their thoughts are about the world. A parrot might have been a good choice, but they just repeat what we say, and their voices can sometimes get pretty annoying.

So just think about it, being able to ask a dog what is it they find fascinating about the moon, or why the postman is their sworn enemy? Seems pretty great, right?

In this article, we are going to look at the facts that point towards dogs and their ability or inability to talk.

Evidence of Dogs’ Ability to Talk 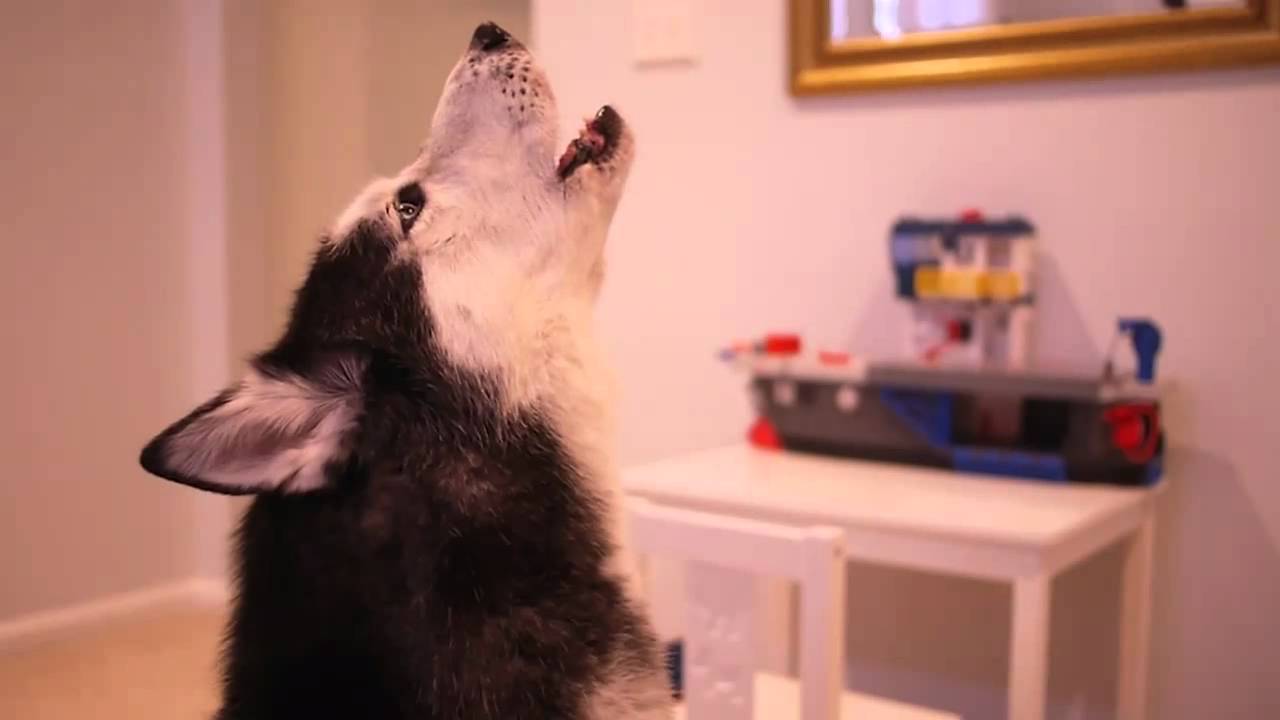 A YouTube user by the name of gardea23 has been uploading videos of a beautiful Siberian husky named Mishka. In the videos, it appears like she tries to say something but it is never clear. Her owner asks her some questions to which she gives an answer as a variant howl.

There seems to be a response by her every time her owner says good girl, so it is possible that she is just trained to do it whenever she hears it, but still, her howl is very distinct and it seems like she is trying to form a word but cannot get to it.

Mishka’s videos were shared widely on social media and have become very popular since then, but obviously, not more popular than Doge because Doge is just awesome.

As cute and clueless they may seem, dogs are in actuality, quite intelligent and are able to learn the meaning of over 500 words. Which is why when you tell your dog to fetch a newspaper, they know exactly what to do. It does require a little bit of training but they eventually start to learn what the owner wants from them.

They are able to learn and respond to their name and definitely know when their owner uses the words Bad and Good with it.

Words like heel and sit are something they learn to respond to easily because the response is easily achievable. Most dogs also quickly learn the words used to describe their favourite treats. You might see your dog wag his tail whenever you say ham or doggy biscuit.

Since dogs are able to understand and learn the meaning of certain words, Computer Programmer and Dog Trainer, Melody Jackson, combined both her talents to make special vest for dogs that help them respond in certain ways.

The system requires the dogs to wear special vests with sensors on them that have in built voice commands like “This is a Frisbee”, “This is a ball.”

The vest are specifically being designed to help bomb sniffing dogs alert the squad of what type of bomb they found. Usually, when a dog finds a bomb, all they can do is bark and let their owner know they have found something dangerous.

With these specifications, dogs will be able to tell their squad if the bomb is easily approachable or dangerous.

Evidence That They Cannot Talk

1. Dogs do not have a voice box or a Larynx

Dogs have almost all the other organs that a human has. The only thing that they lack is a voice box. Without a voice box, it is impossible for dogs to make sounds that can be formulated into something that is distinguishable from the usual sounds they make.

They can howl, bark, growl and pant to let us know what they are thinking of but cannot say, “Dude I’m sad, can we go out and chase a cat today?”

The thing what dog owners must do is learn to speak Dog rather than trying to make them speak Human. Dogs do whatever they can to their best ability to try to let us know of what they want. When they sense danger, they start growling to alert everyone around them and to warn the thing that presents a danger to them. Dogs have different tones which indicate differences in mood.

There are also other signs which can lead to understanding your dog and their needs. If a dog is usually very playful and hyper and suddenly stops its extra jumping and running around, it may be a sign that they are sick and may need a visit to the veterinarian.

As humans, we have lips which are very flexible and help us form a lot of words. Dogs do not have the luxury of moving their lips too much to form words. Let’s take the example of the Letter “V.” To make a “V” sound, a person needs to grab their lower lip with the upper set of their teeth and exhale.

For a dog, that’s a lot of effort and almost impossible as their lips go from end to end of their muzzle. Dogs do not have the liberty of using speech because of their anatomic limitations.

Dogs may have evolved from wild and dangerous wolves to being domesticated by the hunters and gatherers in older times, but they haven’t yet evolved enough to be able to have conversations with their masters. They are intelligent and can respond to commands very well but we are still very far from the time when your dog will be able to order a pizza for you and itself.

Get the best viral dog stuff straight into your inbox!

What do you think?

ViralDog is purely intended to make you laugh and all images, videos and text displayed on www.viraldog.lol are copyrighted by their respective authors, but released to the public domain, considered ‘Fair Use’, received by e-mail, or uploaded and used with their author’s consent and/or shared under a Creative Commons License.

If you see anything on this website for which you hold the copyright , please contact us proving that you hold the rights to the content used. We will instantly remove the offending object. We are strictly against violation of Law and we will do everything necessary to make ViralDog a better place.

Back to Top
Close Upload

Your password reset link appears to be invalid or expired.